Camel Milk and Cancer: The Researches, Studies and Other Information

Home » Camel Milk and Cancer: The Researches, Studies and Other Information

Camels are a significant animal, which produced milk longer than any other ruminant under harsh condition of desert ecosystem. Camel milk has been a source of nutrition for people in many countries due to the numerous camel milk benefits. It is different from other ruminant milk in many ways. 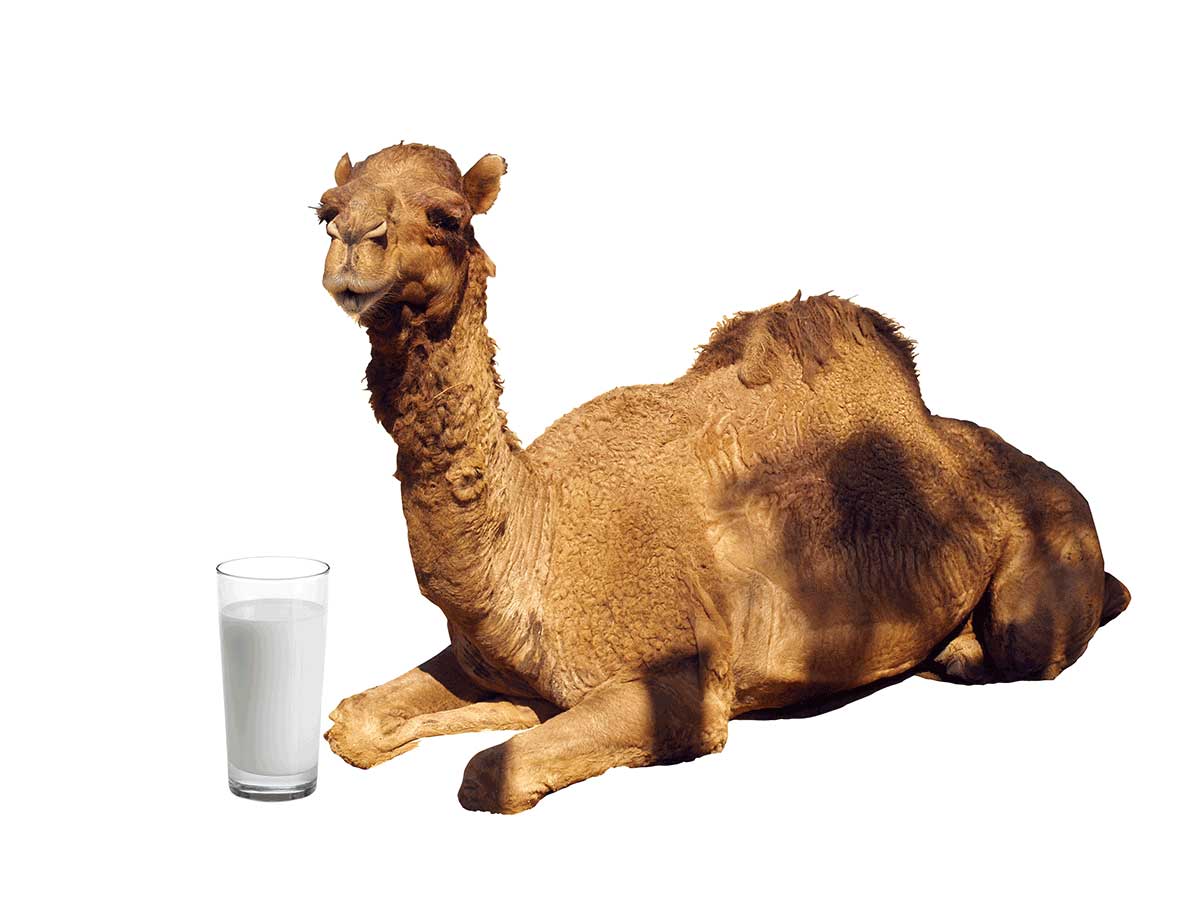 Camel milk and cancer: The Test and Research

According to several studies, since camel milk contains high levels of lactoferrins, immunoglobulins and iron – binding glycoprotein, it acts outstanding to combat and eradicate the cancer cells (HepG2-MCF7). These components act as antitumor and which happens through increasing RNA synthesis and the inhibition of protein kinases and differentiation. Camel milk also contains lactoperoxidase which possess anti-tumor activity. The peptidoglycon protein found in the camel milk was first used to fight breast cancer through of take over metastasis(Source: pubmed.ncbi.nlm.nih.gov/).

A study was performed on the influence of enzymatic hydrolysis and digestive of casein in camel milk and beta casein on their antioxidants and angiotensin converting enzyme inhibitory traits. The results showed that when consumed camel milk and hydrolyzed, the generated peptides act as natural antioxidants and angiotensin converting enzyme inhibitors. In an experiment performed on animal, the influence of camel milk consumption on the promotion and proliferation of cancer hepatoma (HepG2) and human breast (MCF7) cancer cells was observed. The study showed that camel milk significantly inhibited the proliferation of the cancer cells via activation of caspase-3 mRNA. Camel milk can protect body from proliferation of cancer cells by 50% at 5 mg/mL and exerts antioxidant DNA damage inhibitory activity (Source: https://pubmed.ncbi.nlm.nih.gov/22654482/ and https://pubmed.ncbi.nlm.nih.gov/23768340/) 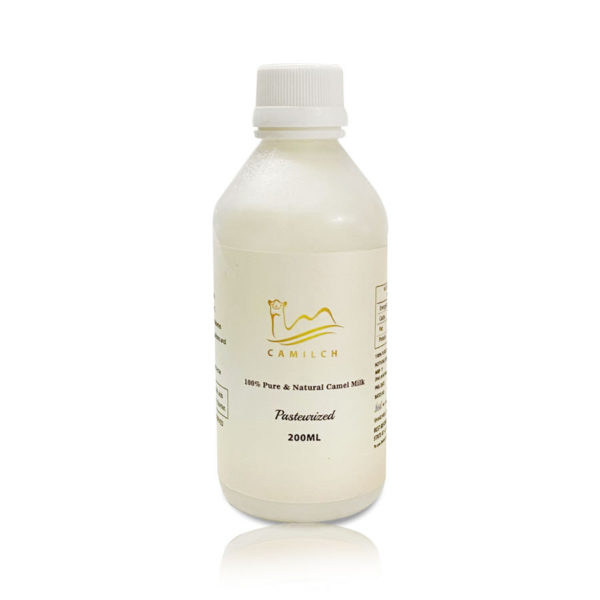 The first experiment at the effect of camel milk on cancer

The results suggest camel milk could be effective as a “complementary approach” to control colorectal cancer, also known as bowel cancer. However, since the study was based on only mice, there are differences in opinion about the the treatment or prevention of colorectal cancer in people by consuming camel milk.

During this study, 30 mice were given an injection and fed a substance that promoted the development of colorectal cancer. With it, some of them were given camel milk whey (the water-like liquid left behind after curd is removed), while the others were given cow milk whey, and a further group received nothing.

Camel milk contains high content of Iron and calcium. It is also higher in insulin, B-lactose albumin, whey acidic protein, peptidoglycon recognition protein, casein micelles, whey and Omega-7 comparing to caws milk. Milk fat is an important component in the milk which determines the nutritional value of milks. Since camel milk contains lower content of fat in comparison to cow or any other milk, it is much better than cow milk. Also, it has been reported that the fatty acids in camel milk mostly composed of long chain polyunsaturated fatty acids (C14-C18) than short chains (C4-C14), which is highly useful for the body health. Apart from this, camel milk fat is completely homogenized with the smallest globule’s diameter around 2.99 μm which imparts a smooth texture to the milk.

Camel milk contains reasonable amount of It Iron and calcium and high acid due to vitamin C and decreases pH, it can ease the nutrients absorption in the intestine. It has been reported that camel milk Furthermore, it contains Zinc which play an important role in the maintenance and improvement of immune system. Also, it has been reported that camel milk possesses higher amount of trace minerals comparing to other mammalians.

Camel milk is significant for its enzymes content and their activities. Among the enzymes, the highest enzymatic activity is Gamma glutamyl transferase and Lactate dehydrogenase by 132 to 168 and 254-296 IU/L respectively, and the lowest quantity of enzymes found is catalase by 0.0083-0.193 moles/min/g of protein. Some of the enzymes found in camel milk can also act as an indicator to ensure the quality of the milk. But this could be different in milk sources.(Source: clinmedjournals.org)

Many people admit the crucial role of camel milk and urine to treat cancer. Both camel milk and urine are among natural products endowed in agents with such desirable characteristics. These products possess supreme cytotoxic effect against various cancer cells and cell lines. While camel urine (CU) is widely used in the Arabian Peninsula to treat various diseases, including cancer, its exact mechanism of action is still not defined. Researchers at Arab Biotechnology Company (ABC) have said experiments conducted on mice have proved to be 100 % successful. They found the camel’s immune system was rejuvenating itself every time they took samples of milk and urine, making it one of the strongest immune systems. However, there is no proven study on human being that proves camel urine benefits to treat cancer.

Why use camel milk for cancer? 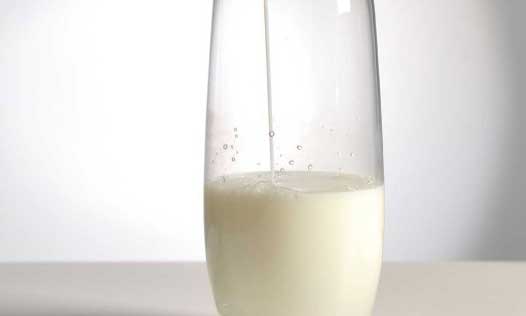 Some other benefits of camel milk:

Crohn syndrome is a kind of inflammatory syndrome that could affect any place from mouth to anus. The symptoms of Crohn disease include weight loss, stomach pain, vomiting or diarrhea. If you are suffering from this disease, you might also have some more health complication such as inflammation of the eye, skin rashes, tiredness, and lack of concentration, and arthritis. One might develop this disease due to multiple factors from environment, immune system and microbial. Camel milk has been used and recommended by experts to treat Crohn diseases. It has been said that since this bacterium is from tuberculosis family, one can consume camel milk to treat this bacterium. Combined with the bactericidal properties of camel milk with peptidoglycon recognition protein, healing the disease is possible. Study conducted on the effect of camel milk on multiple drug resistance patients with tuberculosis concluded that camel milk can play a crucial role as an adjuvant nutritional supplement in multiple drug resistance patients.(Source: researchgate.net)

Camel milk is traditionally known for its human health benefits and believed to be a remedy for various human ailments including cancer. Several studies and researches were performed to evaluate the inhibitory effects of commercially available camel milk on cancer cells and its underlying mechanism(s). And most researches found effectiveness of camel milk for cancer treatment. One can consume camel milk mixing in tea, coffee, making smoothie or drink it plain to get the positive health effects. For the best results, drinking pasteurized camel milk can be beneficial.